Skip to content
Feel free to reach out.
Prev Bio
Next Bio 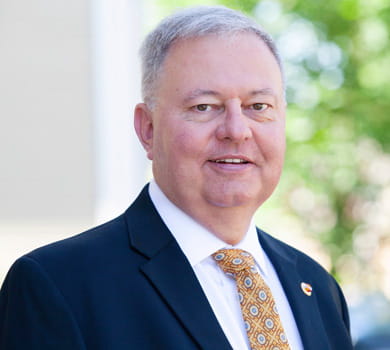 Mr. Wetherell launched Virginia Managed Investments in 1992. Prior to starting his own firm, he was a financial advisor with the Graves Financial Group in Bethesda, MD. He is a Registered Investment Advisor Representative and a General Securities Principal, holding the Series 6,65,7 and 24 securities licenses. From 2000 to 2003, Mr. Wetherell served as the Director of Investment Services at Middleburg Bank. He currently serves on the board of directors and as Chief Strategy Officer for Capitol Securities Financial Group Inc.

Ed earned a BA in History from the Virginia Military Institute (Class of 1988) and a MBA from Averett University. He is an active member of the Virginia Military Institute Alumni Association, having previously served as president of the Potomac River chapter from 2000 to 2003 before helping to charter and organize the George C. Marshall chapter in Loudoun County, for which he also served as president from 2003 to 2005. Ed is also a member of the VMI Institute Society and the Keydet Club Leadership.

He is a life-long resident of Virginia and is active in the Loudoun County community. In 2011 Ed retired from the Virginia Army National Guard with 20 years of service holding the rank of Lieutenant Colonel. He enjoys history, travel, many outdoor activities and spending time with friends. He was previously active in coaching youth sports, serving as a coach for the Central Loudoun Little League (CLLL) for 12 seasons and Central Loudoun Basketball League (CLBL) for two seasons. Ed enjoys staying engaged with many of his former players as they navigate college and early career decisions. He lives in Leesburg with his wife and their two college-age children.

Always here for you

This material is not intended as tax or legal advice, and it may not be relied on for the purpose of avoiding any federal tax penalties. You are encouraged to seek tax or legal advice from an independent professional advisor. The content is derived from sources believed to be accurate. The information and data presented on this website are from sources believed to be reliable. Their accuracy and completeness is not guaranteed and the giving of the same is not deemed a solicitation on our part with respect to the purchase or sale of any securities.

Financial Advisors may only conduct business with residents of the states and/or jurisdictions for which they are properly registered. Therefore, a response to a request for information may be delayed. Please note that not all of the investments and services mentioned are available in every state. Investors outside of the United States are subject to securities and tax regulations within their applicable jurisdictions that are not addressed on this site. Contact our office for information and availability.

Links are being provided for information purposes only. [Capitol Securities Management] is not affiliated with and does not endorse, authorize or sponsor any of the listed websites or their respective sponsors. [Capitol Securities Management] is not responsible for the content of any website or the collection or use of information regarding any website's users and/or members.